Chateau Musar 2015 has been produced from a blend of Cabernet Sauvignon, Cinsault and Carignan, Each varietal was fermented with natural yeasts in concrete vats, then aged for 12 months in French oak barrels. The wine was blended in January 2018 and bottled in July/August of that year. The Chateau Musar estate is steeped in history with wines being made in this area for over 6,00 years. Musar's vineyards are located near the villages of Anan and Kefraya on a wide range of soils types suited to the three grape varieties. 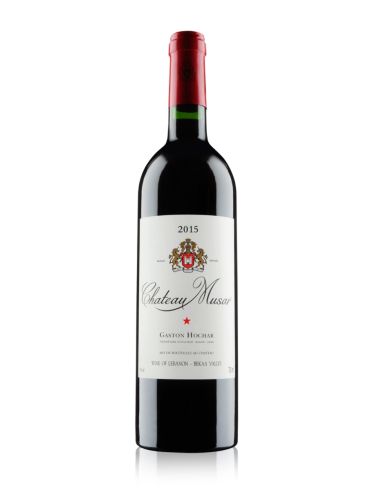 Skip to the beginning of the images gallery
You may also like…
Awards & Critic Scores
"It’s a beauty of course, a blend as of yore of Cabernet Sauvignon, Carignan and Cinsault. It was fiendishly tricky vintage with a frost
in April and a heat wave in September, threatening local disaster. Indeed some 65% of Cab. Sauv. was lost. What little wine that was
made though, is glorious" – Jonathan Ray, The Spectator, July 2021

Grape & Harvest
Grape: Cabernet Sauvignon, Carignan, Cinsault
A humid June and mild July were followed by rising temperatures throughout August and a heatwave into September which resulted in further losses in the vineyards by the time it came to harvest. Cabernet Sauvignon was picked on 3rd September with 65% losses to the crop; Cinsault started on the 8th of September with losses of 70% in the vineyards of Aana and 40% in the vineyards of Kefraya. Finally, Carignan picked on 11th September which was 50% down.
Tasting Notes
Deep ruby colour and an aroma of fresh hedgerow berries, bramble, blackcurrant and cherries. The palate is savoury with complex layers of spice, leather, pepper and vanilla.
Food Suggestions
Delicious with red meats and works well with herbs, casseroles, game, and mature cheeses.
More Information
Write Your Own Review