For three centuries, champagne has been the synonym for fine tables, subtlety and inspired savoir-vivre. Brimoncourt is a tribute to these forever champagne values: elegance, independence, sharing and lightness. Based in the historical heart of Champagne in the village of Aÿ, the Champagnes produced by Brimoncourt are an expression of joyous sophistication and relaxed style.

Champagne Brimoncourt launched its first non-vintage Champagne onto the market in January 2014 which was the first time the name had graced a label since the 1950s. Its headquarters are located in an old printing works factory a 19th-century building designed by Gustave Eiffel. 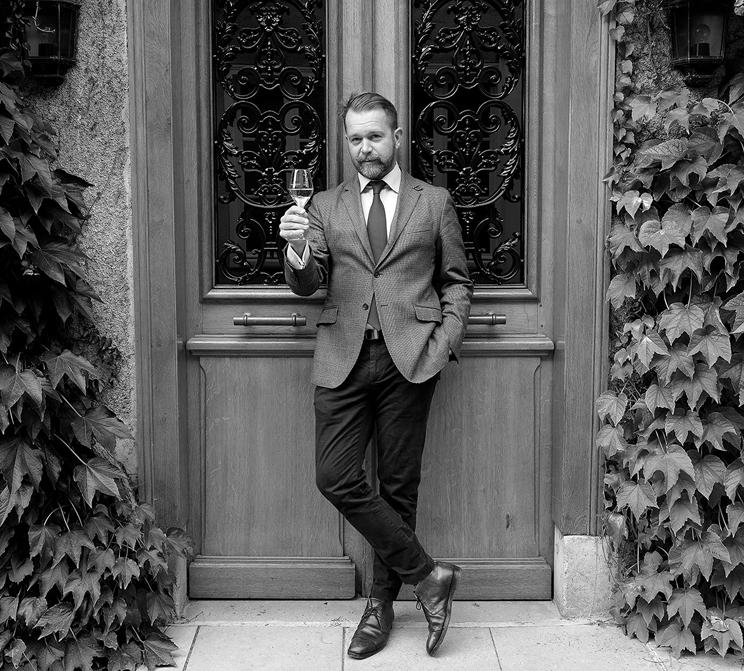 FROM NAVY TO CHAMPAGNE

Alexandre Cornot was born in Reims and his father was an Air Force officer. Alexandre followed this military tradition and began a career as a Naval officer. However, he felt the urgent need to indulge his love for art which took him to Christie's in New York yet, still, he was left dreaming of other adventures.

Alexandre took over the Brimoncourt Champagne house in 2008 and he believes that is his attention to detail and passion in the pursuit of sophistication is what drew him to Champagne.

The world of champagne is full of longstanding, established brands and it can be difficult to be a newcomer but Alexandre's passion and work ethic has driven this brand forward into ever-expanding both domestically and internationally. He has worked to push the name Brimoncourt - although not totally new as it originally emerged as a small family firm created in Reims in the 19th century before being dissolved in the 1950s.

Cornot wanted to make champagnes for a contemporary lifestyle stating, “Life is short, so we should enjoy it albeit, in style.”
Blanc de Blancs