Louis Roederer Champagne is available at The Champagne Company and is most well-known for its prestigious, award-winning Cristal Champagne that is of exceptional quality, aristocratic elegance and distinct style. In 1833, the aesthete and entrepreneur Louis Roederer took a visionary approach to enrich his vines, aiming to master every stage of the wine’s creation. He forged the wine’s unique style, character, and taste. In the mid-nineteenth century, Louis Roederer acquired some of Champagne’s grand cru vineyards—an approach that contrasted sharply with contemporary practices.

Today, Louis Roederer's Chef de Caves Jean-Baptiste Lecaillon and Louis Roederer were crowned Supreme World Champion for the Louis Roederer NV Brut Premier in Magnum and Sparkling Wine Producer of the Year 2018 at the Champagne & Sparkling Wine World Championships. Founder and head judge Tom Stevenson said: "We were delighted to see Louis Roederer Chef de Caves Jean-Baptiste Lecaillon collect the ultimate crown for their NV Brut Premier.” With 240 hectares located exclusively in the Grands and Premiers Crus of the Marne, the grapes are all pressed on site and today the Louis Roederer House has remained an independent, family-owned company and is now managed by Jean-Claude’s son, Frédéric Rouzaud, who represents the seventh generation of the lineage.

Louis Roederer's famous Cristal Champagne in wrapped, clear bottles, also available in Magnums and Jeroboams is one of the most sought after Cuvée de Prestige in the world. 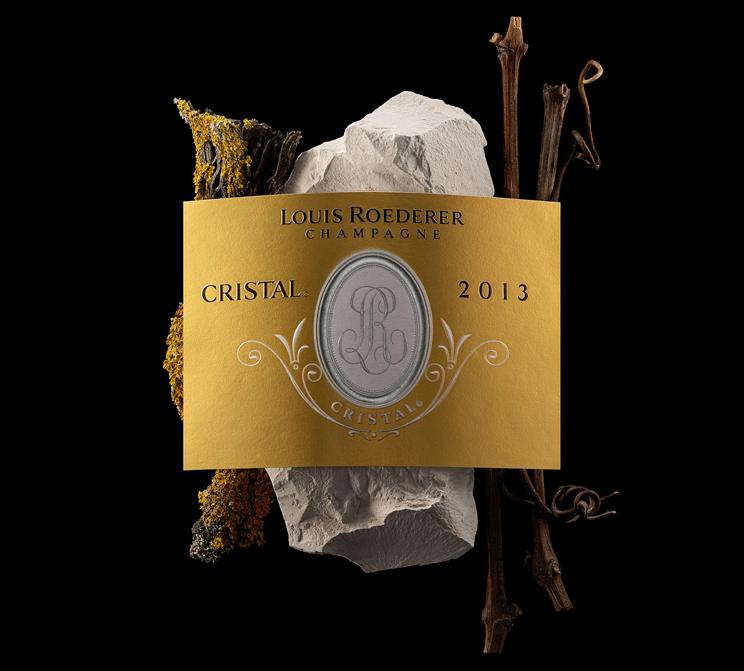 "Cristal 2013 promises to be a great champagne, more restrained in its early years, yet also more intense, crowned by a burst of lovely plump fruit and crafted for long ageing."

The 2013 vintage continues Louis Roederer's tradition of balance and purity that makes this prestigious champagne so legendary. The wine is concentrated with incredible depth, purity and a certain elegance that is typical of Cristal.
View Cristal 2013 Champagne here