Vincent Chaperon took on the role as Dom Perignon’s Chef de Cave at the start of 2019 after 13 years of a close and intensive collaboration with his predecessor, Richard Geoffroy, during which they have worked together to declare 4 outstanding vintages. Throughout their relationship, the two have managed to bounce ideas off each other to continuously honour their two, occasionally differing, approaches at the same time as they harmoniously blend them together. 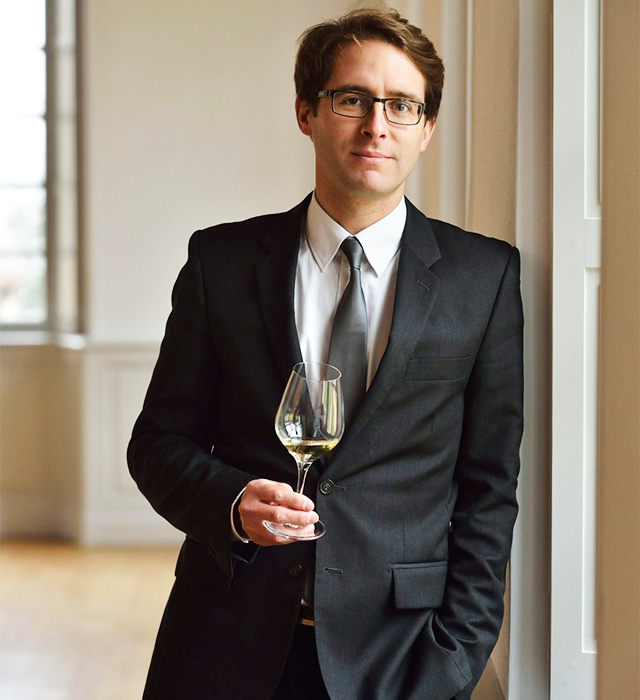 It cannot be denied that Geoffroy was a hard act to follow after his 28-year reign as Dom Perignon's Cellar Master but prior to his departure, he did confirm that he believes Chaperon to have the technical ability, talent, imagination and skill to both lead the team and the wines forward. Both winemakers have been at the front line for many years together and are experts in the House's philosophy.

When reflecting on his first year in the role, Chaperon stated ‘it’s really intense’ but also that it has been exciting and a time for him to find his own path at Dom Perignon which he intends to follow for the foreseeable.

Chaperon’s first experience in the world of wine started when he was a teenager when he tried his birth year wine (1976 vintage) from his grandmother’s estate with his grandfather. He went on to study agronomy and enology in Montpellier, travelled to Spain, Italy and Portugal for Moet & Chandon studying cork supply and quality and had the pleasure of exploring both old

Vincent Chaperon truly brings his own winemaker’s sensitivity to the role of Cellar Master as well as a strong commitment to progress. He is a true advocate of taking the path less travelled and is firmly guided by his passion – two perfect characteristics for someone intending to convey Dom Perignon’s legacy of seamless, complete, deep and streamlined aesthetic.  world and new world wines prior to his position at Dom Perignon. After joining Moet & Chandon in 1999, within a year Chaperon became an assistant winemaker in Champagne and moved to work with Geoffroy at Dom Perignon in the year 2005.