Coates & Seely wines are grown from vines of the ancient chalk downlands of Hampshire, in Southern England to a secluded valley nestling quietly in the hills, where the chalk soils and south-facing slopes created a perfect terroir. Available on Next day UK Delivery. 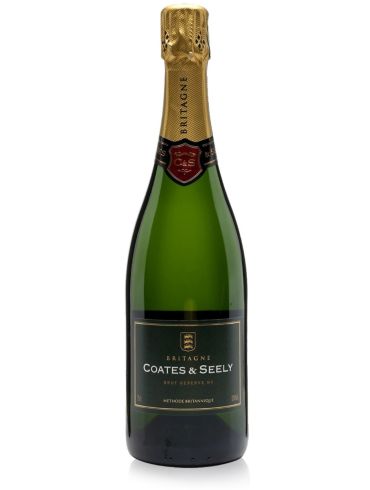 In 2008, two old friends – Nicholas Coates and Christian Seely – embarked on a quest. They had between them successful careers in finance and winemaking, an unshakeable belief, and a burning desire to make, one day, a sparkling wine to rival the best in the world.

Their adventure drew them to the ancient chalk downlands of Hampshire, in Southern England, to a secluded valley nestling quietly in the hills, where the chalk soils and south-facing slopes presented the perfect terroir. They planted vines and began their craft.

They would call their sparkling wine ‘Coates & Seely’. A decade later, their sparkling wines are listed in royal palaces, Michelin-starred restaurants and iconic houses around the world, and have won Gold Medals and Trophies in all of the leading national and international wine competitions.

They are still the only English wine ever to have been listed at the George V in Paris.

Write Your Own Review
You may also be interested in