ABSOLUT CITRON was good news for “vodka on the rocks with a twist of lemon” fans back in the 80's (and there were lots of them). CITRON was launched in 1988, nine years after ABSOLUT ORIGINAL and two years after the first flavoured family member ABSOLUT PEPPER. The success was major among the twist-of-lemon-people, but it also became the main ingredient in the blockbuster drink “Cosmopolitan”. ABSOLUT CITRON is made exclusively from natural ingredients, and unlike most other flavoured vodkas, it doesn't contain any added sugar.

Fill a shaker with ice cubes. Add all ingredients. Shake and strain into a chilled 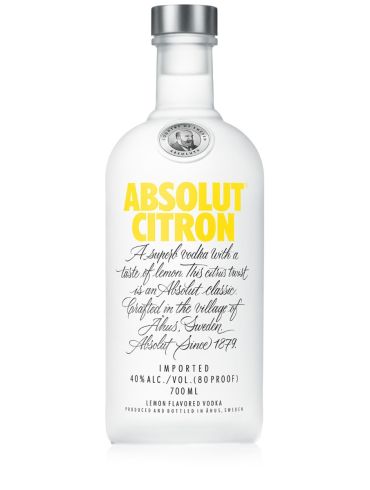