The new Champagne is made entirely with reserve wines from six vintages, spanning harvests from 1988 to 2010, meaning that all the wines in the cuvée have been aged for a minimum 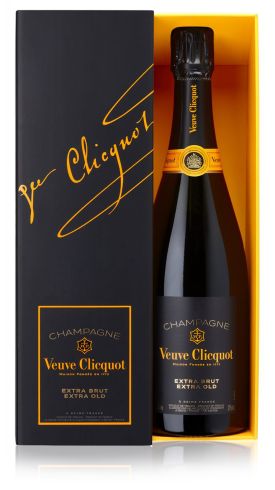 Gold Medallist - Decanter World Wine Awards 2020
Tasting Notes
Bright, refreshing and very dry style of Champagne. The delicate and fresh character of the Champagne stems in part from the low dosage, but also the fact that the bubbles are very fine.
More Information

of three years on their lees in stainless steel tanks. The reserve wines have then been blended and matured for a further three years in bottle, followed by nearly another year in Veuve Clicquot’s cellars after disgorgement.