Dom Perignon P3 1970 Vintage Champagne is one of the rarest Champagnes in our cellar. A year at the turn of the decade. The maturation of Dom Pérignon occurs not in a simple linear trajectory, but in successive leaps into new expression, each of which are called Plénitudes. In the long journey of elaboration, the wine goes through this metamorphosis, a transformation. Each Plénitude contributes to Dom Pérignon’s singularity. In the darkness of the cellars, from one plénitude to the next, Dom Pérignon will grow and blossom, transmuting time into energy.

The First of Three Plénitudes takes place 6 and 8 years after the vintage. The second plentitude (P2) takes place between 12 and 15 years and is when the energy reaches its optimum climax showing great intensity. It is then continued on its third plentitude (P3) which comes around 30 years from the vintage where it has spent 20 years on its lees. At this stage maximum complexity is sought, very concentrated, but with less energy.

The harvesting began on the 27th September, producing a particularly abundant, high qulity crop. The wine has remained fresh and young with a very fruity attack on the nose, redolent of grapefruit and with the floral hints of white flowers. On the palate, notes of caramel and toasted almonds. 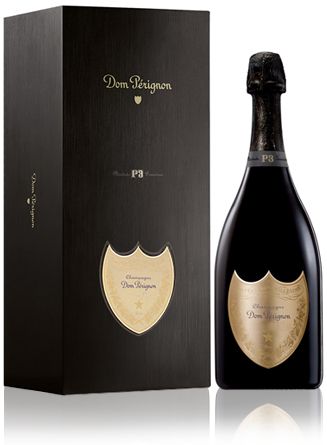 Skip to the beginning of the images gallery
You may also like…
Grape & Harvest
Grape: Chardonnay, Pinot Noir
More Information
Write Your Own Review