Established in 1829, Champagne Bollinger is a House with a natural, rustic charm that truly conveys the traditional values both held by the family and also evident in the Champagne. The outstanding quality of the House’s Champagne has been over 190 years in the making and Gilles Descôtes, Bollinger’s Cellar Master – or Chef de Cave – fits into the House’s way of life perfectly. As a young boy of five or six, Descôtes gained a huge amount of the knowledge he now relies on from his grandfather who, at the time, was a grape grower and winemaker in Oger. Because of this, Descôtes became fully immersed in the life of the vineyard spending his childhood summers picking grapes and trimming vines which eventually led to assisting in the cellars from drawing chalk marks on bottles to actually bottling the wines himself. 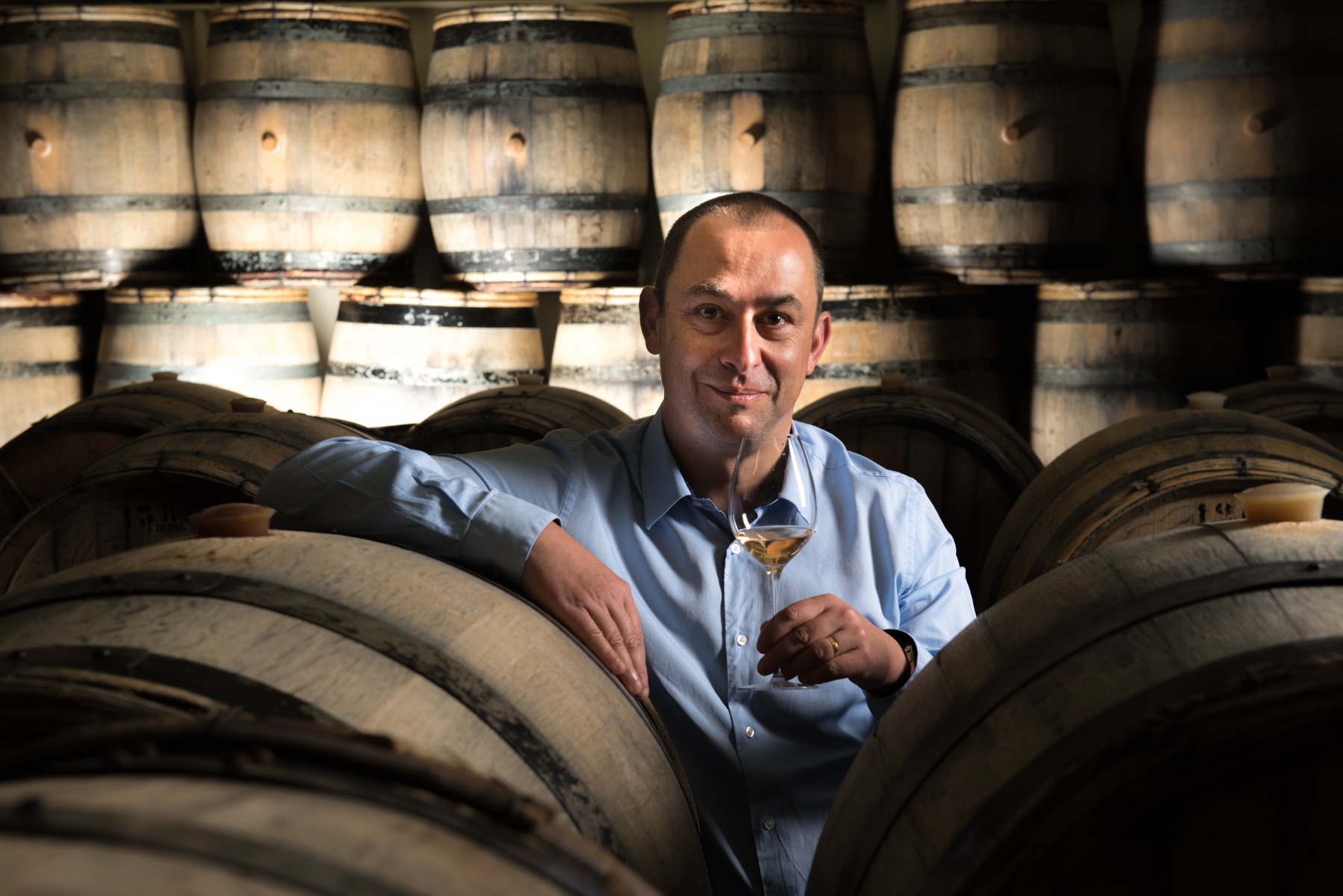 When we take a step back and look at this as a timeline, Descôtes gradually moved through each and every stage of the winemaking process in a completely natural way, taking the time to build knowledge and an expert skillset, even if not entirely intentional at the time!

However, this upbringing ultimately acted as a foundation for his Cellar Master position in a world-renowned, Grand Marque Champagne House. There is no doubt that these twenty years of experience are evident in Descôtes’ work as only the utmost accuracy and exceptional savoir-faire is put into practice at Champagne Bollinger. A good Cellar Master must not only be proficient, he must also have an excellent knowledge of the entire life of the wine from vineyard to bottle in order to achieve perfection in the finished product – Descôtes has just that.

After managing the House’s vineyards for ten years, he was appointed his role in 2013 and has spent the last six years taking full advantage of his past experiences in continuing the consistent style and quality of each and every bottle of Bollinger Champagne.

After personally spending so much time in the vineyards and cellars himself, Descôtes has mentioned the ease he finds in communicating with members of the team at all stages of the process as he has a true and complete understanding of the roles involved. In an interview with Wine Searcher in 2013, Descôtes stated that ‘producing Bollinger really is a team effort rather than a vision of one person’ which so accurately show his intentions from the very beginning, to create an inclusive working atmosphere that respects every stage of the winemaking process as just as important as the next.